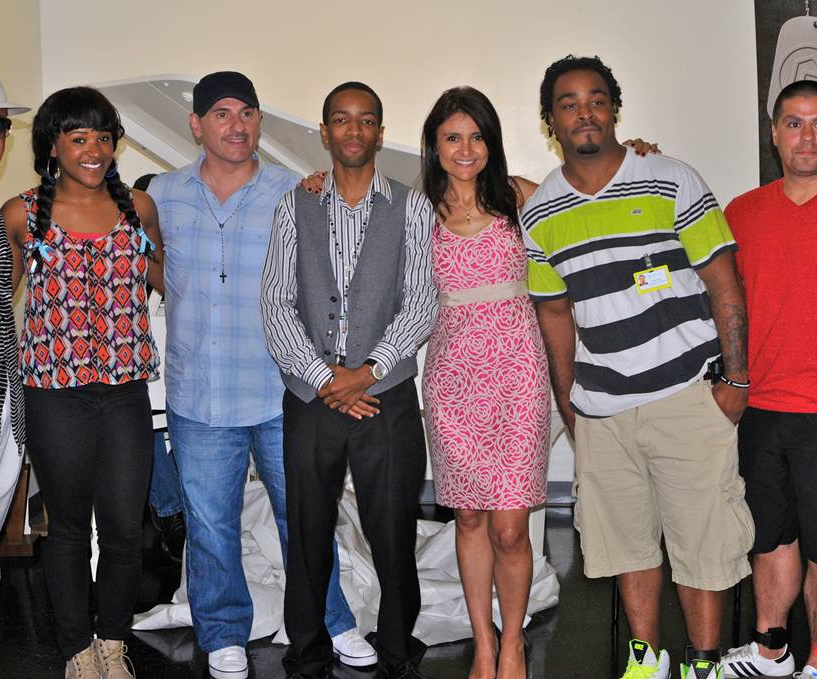 July 9, 2013, Chicago, Ill.– A Safe Haven Foundation is proud to announce at today’s press conference the line up of Chicago’s Top GRAMMY® and Billboard artists and a next generation of emerging artists to perform live at the 3rd Annual 5k RUN! To End Homelessness LIVE AID Concert on Sunday, July 14. Race registration and music will begin at 6:30 am at Chicago’s Douglas Park, located at 1225 S. California Ave. The concert and FUN RUN for kids (pre-registration required) are both free to the public.

The concert will also feature the debut of the official A Safe Haven Anthem! The song, entitled DREAM™ was created by a
collaboration of GRAMMY® award winner Che “Rhymefest” Smith, TL Williams and A Safe Haven’s very own residents. An A Safe Haven resident talent show held in June inspired this idea. The group wrote, recorded and will perform the song live on the Music Revolution stage! Additionally, the DREAM™ music video is coming in the fall!

Everyone involved is humbled and excited about the event. Marshall Thompson said, “Everybody has a dream, and this is my dream to a part of something like this!” Tamika Erby, drug and alcohol counselor and an employee of the criminal justice system, a partner of A Safe Haven, was inspired to participate in the A Safe Haven talent show and was invited to join the song collaboration. She said, “To be a part of an amazing group of ambitious people, who have gone through so many challenges in their lives and still choose to make positive changes, sends chills through my spirit. Absolutely inspiring!”
A Safe Haven Foundation President and Co-Founder Neli Vazquez-Rowland said, “This is an exciting time to see the music community join our cause. Music has the ability to inspire and bring communities together, and what better reason to come together than to help end homelessness in our own back yard.” She also thanked Chicago Music Empresarios, A Safe Haven Advisory Board Member Lynn Orman Weiss of Orman Music Group, and Gus Redmond of Music Quest for producing ‘Music Revolution to End Homelessness®’