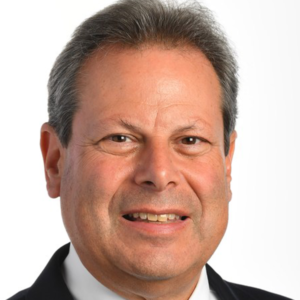 Thank you, Neli/Brian/Alex, for that kind introduction.

As my colleague Susan Page likes to say at speaking engagements, I’m from USA TODAY, so I’ll be brief.

As the editorial page editor, I get paid to have opinions. Based on the tour we had earlier this afternoon, and my conversations with Neli over the past few months, my opinion is that A Safe Haven is doing terrific work in the community and is worthy of your sponsorship.

Now I know it’s customary at events like this one to feature inspiring stories of recovery and redemption. A Safe Haven certainly has many of those to choose from. The story I’m about to tell you is more tragic than inspirational. But I hope that by speaking out and using the platform that I have, we can help reduce the stigma surrounding addiction and the opioid epidemic, and hopefully save some lives in the process.

Two years ago this month, my wife Ellen and I received The Call that every parent dreads. Our dear son Scott had suffered a fatal relapse. The medical examiner determined that he died from the toxic effects of heroin. He was only 31 years old.

In 2018, more than 68,500 people died of drug overdoses in the United States. To put that in context, picture Soldier Field filled to capacity for a Bears game. Then add another 7,000 spectators. That’s how many people perished last year alone from overdoses.

When Scott died, I told the police I wanted them to track down the person who sold him the fatal dose. The police couldn’t be bothered. To them, Scott was just another dead junkie.

No, he was not. Far from it. Like all the victims of this awful epidemic, he was someone’s beloved son or daughter.

On many nights since Scott’s death, Ellen and I lie awake with random memories of his life swirling around our heads like some sort of disjointed highlight reel.

We remember his affable personality, infectious smile and warm sense of humor.

We remember how elated we were by the birth of our first child, and how joyful our parents were about the arrival of their first grandchild.

We remember when Scott was eight, he met Bill Clinton at a White House barbecue. Scott and the president shook hands and locked eyes, the same way a young Bill Clinton had looked up at JFK nearly three decades earlier.

We remember cheering Scott on as he played tennis for four years on his high school varsity team.

We remember his broad grin as he walked down the aisle to collect his bachelor’s degree.

And we remember how Scott took great pride in his work, even as addiction sapped his ambition and confidence.

When a star from the hit show Homeland checked in to the hotel where Scott was working the front desk, Scott didn’t miss a beat. “Should I call you Mr. Lewis,” he said, “or would you prefer Sergeant Brody?” Damien Lewis laughed out loud.

At Ruth’s Chris Steakhouse, where he was a server, regular customers frequently asked to be seated at “Scott’s table.”

Working for Lyft in his final months, in between his outpatient appointments, Scott proudly sported a 4.9 rating from his riders. “Best, funniest driver ever!” read one typical comment.

As a parent, your natural inclination is to fix your children’s problems or, better yet, teach them how to fix their problems themselves. And when the kids are little, you mostly can. But as they grow older, the problems get bigger and more complicated.

There’s no “magic conversation” that can keep adult children out of harm’s way or turn their lives around. There’s no bright, clear line between supportive and enabling.

Scott’s final years were a struggle as he battled opioid addiction and cycled in and out of rehab programs. Ironically, after he died, we were overwhelmed with heartfelt notes from contemporaries who said Scott helped their recovery, even as he was unable to save himself.

I’m far from an authority on addiction. But I know the devastating emotional and financial tolls it takes on a family. Having lived through the nightmare, and having talked to some of the leading experts in the field, I’ve learned a few things and formed a few opinions that might be helpful to other families and policy makers struggling to cope with this insidious, infuriating affliction:

The first is, this epidemic does not discriminate. No family is immune from the scourge of the opioid crisis. It doesn’t matter if you’re urban, suburban or rural. Black, brown or white. Republican or Democrat. Male or female. More than 2 million people in America, from all walks of life, are addicted to opioids.

You can think of the opioid epidemic as a tragedy in three acts. In the first act, the people I call the “5 Ds” — doctors, dentists, druggists, distributors and drugmakers — flooded the United States with prescription painkillers that were far more addictive than the manufacturers claimed. From 2006 to 2012 America was saturated with an astonishing 76 billion prescription opioid pills — about 230 for every adult and child in the country.

In the second act of this tragedy, many people addicted to OxyContin and similar drugs switched to heroin, which was cheaper and gave a better high. In Act III, the pain pills and heroin were increasingly spiked with deadly, illicit fentanyls — powerful synthetic opioids manufactured mainly in China and Mexico.

We think Scott’s first exposure to opioids came during college, when he was prescribed painkillers after he had his appendix removed. The pharmaceutical reps told doctors that there was a less than 1% chance of addiction; in fact, the real number was more like 10%. Consider that. Every time a person is first exposed to opioids, there is a one-in-ten chance of ruining that person’s life. That statistic needs to be stressed in every medical school and known to every doctor and patient in America.

The second thing I learned is that overcoming addiction isn’t merely a matter of willpower. Until about four decades ago, addiction was regarded as a character flaw or moral failing. The treatment for it grew up disconnected from the medical establishment. Today, addiction is officially defined as “a treatable, chronic medical disease involving complex interactions among brain circuits, genetics, the environment and an individual’s life experiences. People-with-addiction use substances or engage in behaviors that become compulsive and often continue despite harmful consequences.”

What makes addiction more pernicious than many other disorders, is that the patients actively conspire against, and constantly lie to, those who want to help them recover. The stigma and shame get in the way of honesty. People with substance use disorder don’t want anything or anybody to get between them and their drugs, their false best friends. When you’re on the outside looking in, it seems so easy to tell someone: Just stop using. But here’s how I’ve heard one addicted person describe it: Imagine the worst mosquito bite you’ve ever had. Only it’s inside your brain. It doesn’t matter what your parents or other loved ones are telling you. All you can think about is getting the drugs you need to scratch that itch.

If addiction is an illness, it should be treated like other illnesses. That means “hitting bottom” is not the answer. We don’t talk about letting heart patients or diabetics hit bottom before giving them treatment. Nor should we talk that way about people battling addiction. Yes, some of them will tell you that finding themselves homeless, jobless, penniless or friendless is what prompted them to seek help or recover on their own. And yes, tough love can be necessary to get a drug abuser into treatment. The problem is, the bottom is recognizable only in hindsight. Particularly with so many fentanyl-laced drugs on the street, relapsing on opioids or dropping out of treatment needs to be regarded as a life-threatening emergency. Too often, hitting bottom means deceased.

The fact is, there are no easy ways for people to navigate the system and get reliable, consumer-friendly information about the best treatment facilities, addiction specialists or recovery housing. When you dig behind the flashy websites and implausibly high claims of success, you discover that some treatment programs are little more than insurance harvesting scams. Some programs are run by recovering addicts who are well-meaning and have credibility with the patients but are unqualified to dispense medical advice. (Does being a cancer survivor qualify you to treat or cure cancer?) As millions and perhaps billions of dollars become available from the opioid legal settlements, it’s imperative that money goes toward prevention and toward treatment programs that follow best practices and have a track record of success.

Two months before he died, Scott came home for the weekend. Sunday was a beautiful autumn day. Scott and I played golf that afternoon. He drove the ball long and straight. He beat me by a stroke on the last hole and I pretended to be upset. To celebrate his five months of sobriety, we went to dinner at one of his favorite restaurants, with one of his best friends from growing up. Then we came home and watched the season premiere of Curb Your Enthusiasm and we all laughed together.

On that perfect day, we dared to imagine a happy ending to Scott’s troubles. But it was not to be. Addiction is cruel. As one therapist put it to us, it hijacks your brain. The longer you are sober, the more your tolerance changes. If you relapse, a dose you used to be able to handle can be fatal.

Scott’s death left a hole in our hearts and a void in our lives.

When you meet someone new at a gala like this one, after a few minutes of casual conversation, it’s typical to hear the question “How many children do you have?”

Until two years ago, this innocent question had a simple answer. Now it triggers a rapid and painful mental calculation.

Because so many of us have lost children to addiction or suicide or disease or combat or accidents, may I suggest an alternative line of inquiry at social gatherings. Just say, “Tell me about your family.” That gives people who’ve lost loved ones more leeway to disclose as much or as little as they care to at that moment.

Ellen and I decided there is nothing to be gained by sweeping Scott’s story under the rug. We decided to raise awareness and try to help other families deal with this epidemic. If you are one of them, don’t suffer in silence. There are many resources out there, and many compassionate people trying to help. Don’t give up. Where there is life, there is hope.

Thank you for hearing me out. Thank you for inviting us to share this 25th anniversary celebration with you. And, most of all, thank you for supporting A Safe Haven and other organizations fighting the good fight against addiction, poverty and homelessness.