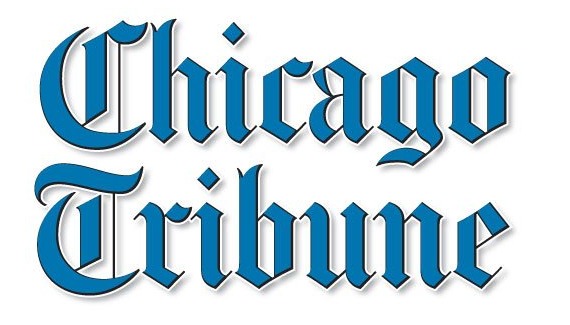 The soldier returns from war, proud of his triumphs but tragically unprepared for the battlefield ahead: the home front.

He fights with his wife. Booze stokes their anger. The bloody past looms over everything. Disastrous events await.

These stark scenes unfold in director Peter Sellars’ visionary staging of Handel’s opera “Hercules” (playing through March 21 at Lyric Opera of Chicago), but also in the lives of veterans past and present.

Several of them recently attended a performance of “Hercules” and reflected on a production keenly attuned to their lives. For this “Hercules” catapults the 18th Century opera into the present, complete with soldiers wearing American combat uniform; a P.O.W. donning black, hooded mask; a coffin draped in the American flag.

Some of the veterans below, who live in the Chicago area, experienced combat. Others came perilously close. Each heard echoes of their own stories in “Hercules.” Listen to what they saw.

Being under fire is something you have to experience to understand. I’ll say one thing, it’s a growing experience. It makes you very humble.

I know when I went in, I was very athletic, and I thought I could lick the world and everything. And (then) you realize that you’re not invincible.

Like Hercules was a strong man, but (he) can be brought down.

The first time I was under fire, actually, I’ll tell you the truth, you get more scared afterwards.

There’s such adrenaline flowing, you know what you have to do, and you could end up getting wounded or killed, you have so much going on, firing your weapon, hollering after this guy or that guy. You’re scared, but not so that you can’t do what you’re supposed to do.

But afterwards you’ll sit down and start shaking and maybe even cry.

The hardest thing for me, when I came back: All the guys that I was with, none of them were there anymore. Just one guy. (The others) were all either killed, wounded or captured.

When I got discharged, I had a drinking problem for about three years. My dad was sick, so I had to go back to work a week after service.

I drank quite heavliy over the weekends. I did learn that no matter how much you drink, you don’t forget.

What got me about “Hercules,” even though he was so strong and everything, the battles did bother him. And I think that’s why he was taking it out on his wife, in response.

I thought it showed no matter how strong you are, certain things can bring you down, and not necessarily a bullet. His mind was working on him.

Just the way he reacted when he came home, when he pushed around his wife. To me, most strong men, they don’t do that. They don’t have to do that.

I thought: The battle affected them that way.

When you come back, usually you’re 3 or 4 years older, and you saw things that you don’t particularly want to talk about. I can see how it can affect a family, especially the mother, the wife or whatever – they expect you to come back as you were when you left.

But you’re not the same.

What did the army teach you to do? The army teaches you to kill. And that’s not a normal thing.

That’s why theres so many veterans that are on the street. They can’t handle civilian life.

It’s 60 years ago, and I still have flashbacks.

Some nights, when I’m laying in bed, and you can’t go to sleep, and things are going in your head.

I think being alone, I have too much time to think. It’s strange how deafening quiet can be.

It probably didn’t have an effect then, because I had to be ready. I didn’t have time to think about being depressed or anything like that.

But later on in life, after your experiences, you start to realize that there are things that happened, you’re disconnected from a lot of stuff.

Safe Haven took me in because I was homelesss. I began to struggle again out there. Sometimes you’re still haunted by those experiences even 20, 30 years later. Sometimes I am still haunted.

When I first got back, I was married, and the lady I was married to, I would wake up in the middle of the night, and I would find myself choking her. And I never knew what that was. I never knew anything about Post Traumatic Stress Disorder.

(“Hercules”) put in my mind how my family and the mother of my children must have felt. Because I dropped all of this (on them) without discussing it. I said: “I’m going into the service.” Bam, I was gone.

I never thought about the effect that it had. But that performance allowed me to see. I wonder, now, if that’s how I affected people I loved. My mother, my father, my little brother, who one day cried in my arms: “Why did you leave me?”

And I come back, sashaying back home, and everyone is dealing with life.

And I saw that in “Hercules.” He comes home, and he wants things to be this way: “Snap, I’m a hero, there should be a parade, the gods should worship me.”

I felt that way, too.

At times I felt safer in very hostile situations with 4- or 5-man teams than I did coming back to the streets of Detroit where I came from, or even Chicago.

That’s the camaraderie and security you feel in the company of men of that level. I was fortunate, I didn’t have a lot of big campaigns of combat. I even wanted more. I had a back condition that put me out of service.

I came back from Afghanistan deployment. To be told, “You’re done, you have to go back in the street,” I wasn’t prepared for that.

I kind of walked around for six months just in a daze. I had no place to go. It was shocking rough.

That’s when the roller coaster began.

So when I became homeless in ’08, I realized I had to take some responsibilities for causes and conditions in my life. It’s easy to get angry when you’re homeless and in survivor’s mode.

I experienced that. When I came home, I didn’t want a big party. I wanted to decompress and get back to – they say “normal.” I don’t know what that is.

It’s just to get your breath back and say: “I’m in this place.”

(“Hercules”) was able to convey what is going on with the modern-day men coming back, and the issues they’re facing.

I think there’s better direction and better understanding of patrtiotism maybe today than what gentlemen experienced coming back from Vietnam.

(“Hercules”) showed the big grand party. At one point, (Hercules’ wife) is eating pills, and (Lichas) is trying to get them out of the hands. The consumption of alcohol to the point of abuse was common to my story.

When I saw (Hercules) wandering around with the drink in hand and smashing the bottle on the ground, I could identify with it.

Seeing the play, or working with other veterans and alcoholics, you can see your story reflected in their lives. You are not alone.

We had some pilots that could not get (combat) out of their mind, and they got to a point where they couldn’t fly. They physically couldn’t do it.

And we never had (discussions about) PTSD or issues like that. That was never part of our vocabulary.

You were expected to be there every day. When you’re in combat, you’re very focused. You don’t think about what could happen.

(Now) you think about it at night.

When people ask me, “When were you in Vietnam?” I say, “I was there last night.”

(“Hercules”) is the first opera I’ve ever been to.

The thing that struck me, with the P.O.W. – she represented the memories that you carry back. And that is so frickin’ true.

[Sellars] hit it right on the head. You’ve been in combat, the wife or husband been back home. He comes back and wants to take charge. Or he has a drinking issue, or mental isuses, or drug issues.

The wife has had little or no training. So she has to sort out, if she can.

And veterans have a lot of pride. It’s hard for veterans to admit that, “Hey, I’m in deep, deep doo-doo here.” It’s easier to get drunk with your buddies.

That came out in the opera, too, because the wife doesn’t understand.

The V.A. has a lot more programs (today), but still not a lot of attention is given to families.

I know the combat guys have a lot of issues, but I think the families can be even more so.

The families receive what’s left. And there ain’t a hell of a lot left. You get the body, you get the flag, you get a burial spot. You get a check for money.

But money at that point doesn’t mean a lot.

Or you come back, the job isn’t there, the house was foreclosed, they’re going to be homeless.

It has always been the same. War produces the same reuslts.

I don’t recall having nightmares and waking up, where a lot of guys have. They really struggled with it.

“Hercules” will open a dialogue, so people better understand what our men and women are going through.