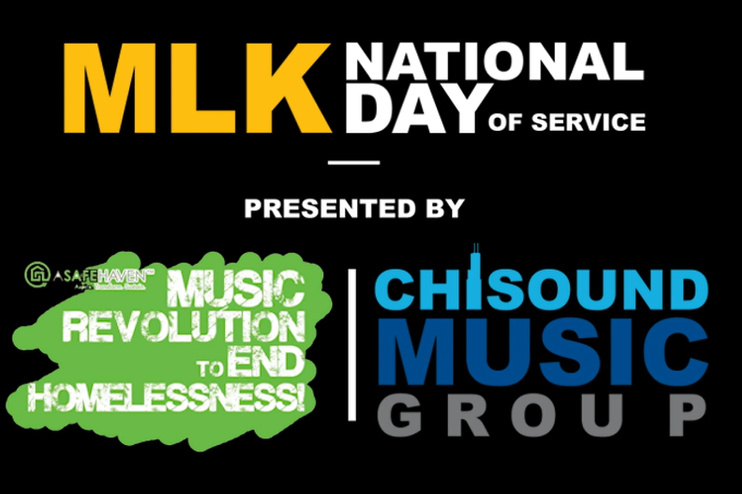 The song is soulful tune and a musical collaboration by GDVO, ChiLites and Denroy Morgan brought to you by A Safe Haven Music Revolution to End Homelessness and ChiSound Music Group and Presented by “Dinahlynn Biggs Show,” an Indianapolis-based radio program. The song is available for download for $1.29 and 10 percent of the proceeds are being donated to A Safe Haven Foundation.

As a gift to honor King’s legacy, Rowland hopes the new song will serve an important purpose. She wanted it to “serve as America’s clarion call to promote harmony among all people.”

During her message, she explained how King looks at the destructive nature of poverty.

“Poverty was the cornerstone of Dr. Martin Luther King Jr.’s fight against inequity—an issue he recognized that crosses beyond race, gender and cultural lines and affecting people across the nation, ” she  said. “Poverty was not solely an issue in America; it pervaded the globe.”

In remembrance of his work, Rowland added that King “gave us the vision, words and the inspiration of hope that we needed to hear at a time of great injustice and division in America. No matter who you were or where you came from, his words of brotherly love, peace and unity touched our hearts, stirred our souls, and truly resonated within us. Ultimately, they brought many people from all backgrounds together. Thankfully they still do.”

As Americans witness a new presidential era under a very politically divisive atmosphere today, Rowland hopes that people can come together despite their political differences and put King’s words into action and practice.

“We can focus our energies on supporting better policies and systems that work for all of us and are designed to heal, prevent and end poverty, and foster more success on behalf of all mankind,” she said.

“On behalf of all of us who have been producing the Music Revolution To End Homelessness since 2010 in Chicago, this song “PEACE – Its Been A Long Time Coming” is a great collaboration and celebration of our mission and a great way to uplift and inspire a movement to help raise awareness and heal homelessness through music.” Lynn Orman, Orman Music and Media