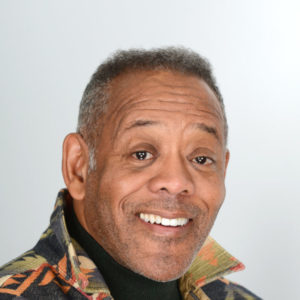 Abraham “Abe” Thompson, Jr., was born in Chicago, Illinois, on November 22, 1951, one of seven children in his family. After graduating from Calumet High School, Thompson attended Carthage College in 1969 and then transferred to Western Illinois University where he graduated from in 1974.

In 1975, Thompson joined the staff of WVON radio in Chicago as a salesman where he quickly found success. Thompson was hired by WGCI in 1980, where he became the local sales manager, and the following year he was named general sales manager. While at WCGI in 1984, Thompson met and married his wife, Launa Thompson, and in 1985, he became the vice-president and station manager of WCGI. Thompson moved to Detroit in 1986, taking over operations at WRIF while serving as vice-president and general manager; during his two years there, he helped turn the station around. Returning to Chicago in 1988, Thompson was named station manager of WVAZ.

Thompson began marketing for films and international events in 1991, including the 1991 Cancun Jazz festival and the 1995 Sinbad’s Soul Music Festival in St. Martin. In addition, Thompson has been a highly successful motivational speaker. In 1999, Thompson became president and CEO of Partnership Radio, a group of radio stations in Northwest Indiana. In 2000, Thompson published his first book, My Thoughts, Your Book, Our Journal, for his son, Phoenix. In 2003, Radio Ink ranked Thompson as one of the thirty most influential African Americans in radio.